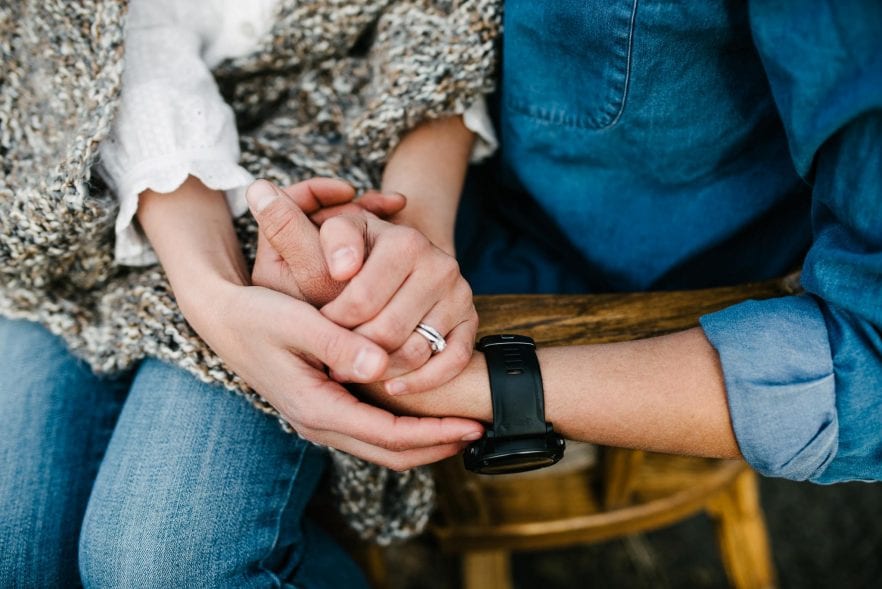 Disclaimer: Women are not exempt from battling with sexual temptation themselves, but this particular series deals with the battle that men face and how it affects the women in their lives. My hope is that it would be read by women in all stages of the relationship spectrum. No man is immune to sexual temptation and most men struggle with it daily. As such, all women are involved in the fight. These are our fathers, our brothers, our Christian brothers, our friends, our boyfriends and husbands, our sons, and our church leaders. The battle is waged nearer to us than we care to admit, and we have an important role to stand by these men and fight with them. Our side of the struggle looks very different from theirs, but make no mistake – it is a battle. And as in any battle, there will be collateral hurt…

A couple of years ago, my husband was on his fifth deployment and I was holding down the fort at home with our two daughters, both under the age of 2. One day, I checked my email (as I did every morning) and one particular subject line caught my attention. It overshadowed all of the rest. “Activity Needing Review” – it was from Covenant Eyes, a software program that my husband used to track his online activity to help keep him accountable for any inappropriate browsing he might do. As one of my husband’s accountability partners, I was alerted of any highly mature links that he viewed.

The emotions of heartbreak and soul aching pain that filled my heart were heavy and all over the place as I clicked on the links. This wasn’t fair! I laid on the bedroom floor weeping as I screamed at him in my head.

“Am I not enough? The Lord has given you a wife to satisfy these desires in. Satisfy them in me!” I felt worthless.

“I know I just had a baby and my body isn’t the same one you married years ago, but I’m trying! I’m trying so hard to be attractive for you again.” I felt rejected.

“I know I will never have the body those women have… what’s the point? Why should I even try?” I felt defeated.

“How dare you make me feel this way. How dare you hurt me like this! Do you even care that it hurts me?” I felt angry.

The Truth About My Husband

Now let me pause from the story for just a moment, and tell you about my husband. Oh man, does he love me – more than I deserve… AND he’s the greatest father to ever walk this earth. He first caught my eye because, well, he was super attractive. More than that though, it was very evident that he loved the Lord. He was passionate about following the Lord no matter the cost, and that passion has only grown. He has been faithful to serve as a leader in many different ministries and has a strong love for following Jesus and making Him known. It seems like the closer we grow to Jesus, the bigger target we become for the evil one, and my husband was a big target – still is.

The Battle is Bigger

Thanks to the military and timezones, the Lord gave me many hours of prayer after that fated email, before He allowed my husband and I to connect with each other. The Lord used that time to begin to heal and soften my heart in the way that only God can. When my husband and I were finally able to talk, he didn’t lie or try to hide anything. He didn’t make excuses or promise me that it would never happen again. The Lord had been doing a work in him too, and he proceeded to pour his heart out to me. He confessed his whole struggle, all the way back to when it had first begun at age 12. He told me how he thought the temptation would go away once we were married, how the guilt affects him, and how his walk with Christ was impacted by the whole thing. More than anything, he confessed to me how he constantly felt defeated by it. God was beginning an important work in both of our hearts.

Through this experience, my perspective of the battle transformed entirely. I used to see my husband’s struggle with sexual impurity as a one-dimensional fight between him and temptation. He was fighting to keep me the sole focus of his attraction, and temptation was fighting to push other images ahead of me in the “rankings” of his heart.

The Lie: It’s All About Me

Now, there are plenty of Satan’s lies to unpack from that misunderstanding of the battle, but the central lie is this: “it’s about me.” If my husband is fighting to keep me the sole focus of his attraction, and he loses that fight, where does that leave me?

The adversary would have me believe that every time my husband is tempted and gives in to his flesh, that he is consciously and deliberately rejecting me. That he’s casting me aside and choosing the sexual sin over me. That I’m not good enough, pretty enough, skinny enough, sexy enough so he HAS to look elsewhere in order to be satisfied.

The Enemy is sneaky, he would use this lie to deceive me into thinking that my husband is actually the enemy. It’s an easy lie to believe, after all! He knew his actions would result in my pain, and did it anyway. Satan deceives us into focusing on the battles and forgetting about the war. In the battles, he fools us into thinking our enemy is one another, pitting us against each other as foes to distract us from the bigger war. In short, this battle of sexual temptation is one of the enemy’s strongest attacks. He only has to aim it at one man, and yet the effects are threefold: It attacks a man’s worth, a woman’s identity and the power of God’s Gospel.

The Truth: A War Against The Gospel

This war is over the souls of men. Our Lord God, the lover of our souls, against Satan, the prowling lion seeking to destroy. Let’s not forget this all important verse:

I thank God daily for revealing these truths to me – for shifting my paradigm and realigning my understanding of this battle. It’s not one-dimensional. It’s not about me. It still hurts, but now I know that my pain is not because my husband is rejecting me. In fact, he is being targeted by the devil, and my pain is an intended collateral hurt in that attack. At the core of it though, Satan is really at war with the Gospel of Jesus Christ. Assuredly, he wages this war in a myriad of ways, but in the next article – we’ll focus in on these three distinct attacks that the enemy imposes in the struggle for sexual purity, and how to recognize these attacks for what they are.

Until then, my hope and prayer for all of you is that you would pray fervently for the men in your lives. In today’s world especially, this is surely a daily battle for them, and they need us more than ever to fight alongside them. Do not be deceived sisters – this is relevant to you, you are not alone, there is hope and victory to be found. I’m praying with you.

We hope this article shifted and expanded your own thinking on this topic of sexual purity. We will be continuing this series over the next few months by going more in depth regarding the most common attacks in this purity battle and finally what are some of the responses and defenses we can implement to help us. We hope you’ll comment and let us know what you think and check back in for the rest of the series in September! 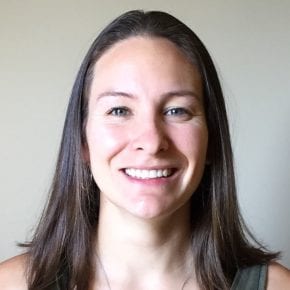 Jesse Haralson is a sleep-deprived, physically exhausted, joy-filled mother of three littles. Between her “energizer bunny” children and her dashingly handsome husband, her heart is constantly on the verge of exploding with love. In 2019 her family of 5 transitioned to civilian life after almost 9 years of her husband serving in the Army at Fort Bragg, NC - where they were trained as disciple-makers by their Navigator faith family. They’re now doing their best to carry the torch in Memphis, TN.

ITH Favorites: If You Want to Get Started

Into the Harvest: The Time is Now

ITH Favorites: The Best Books We Read in 2019