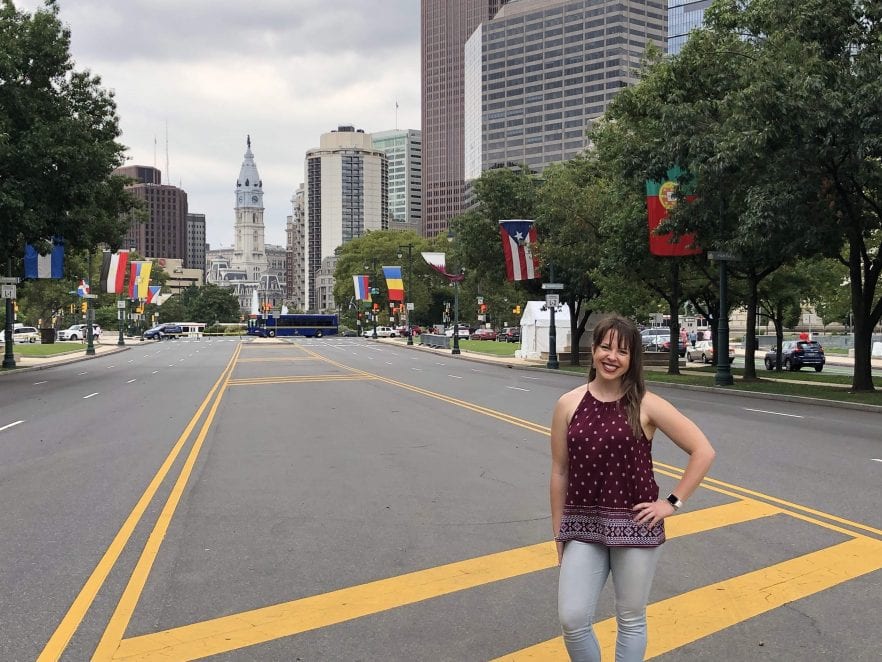 Tell us About yourself

I currently live and do ministry in Philadelphia, PA.

Who are you focusing on in the harvest?

I use something called a Macro Strategy. It’s a fancy term meaning that I share the gospel with everyone I know (and a lot of people I don’t know) and start discipling anyone who the Holy Spirit has made ready to be discipled.
Since following Jesus, my M-O has been to lead churches full of women who were either not believers, or who were believers but just nominally, and needing discipleship. But when I moved to Philly, God changed my pattern and gave me and my best friend/roommate/ministry partner a church to lead, that is full of men. Not just men, but men who are passionately pursuing Jesus and going after the lost. When we got to Philly, these guys already had the vision to see laborers come out of the harvest in this city, but they needed training. And they’re humble enough to learn from two single girls.
Basically, they’re really awesome.

HOW DID THAT COME ABOUT (IS THERE A STORY THERE?)


I’m from California, and about 4 years ago I had a successful career as a personal trainer, was totally independent in my early 20s, and felt like I had my whole life together. But no matter how successful I was, I felt like there was a void that I was constantly trying to fill. One night, I decided to pull out my bible and start reading it. I read a couple chapters in Matthew, and went to bed. About 3 hours later, I woke up in a complete panic because I had this overwhelming sense that Jesus was telling me that it was time to let Him run my whole life.

In addition to that, He was telling me that I was going to move to a place that I had never heard of, to tell a certain group of people about Him. (The whole “die to yourself, and take up your cross” thing was all of a sudden the realest statement that I had ever heard.) I spent hours that night begging Him not to make me do it, but the whole time, I knew my arguing was futile. I was going to quit my job, leave my family, friends, and career behind and follow Jesus wherever He led me.

Cut to 4 months later, I was living in Columbus, GA with a family who, 2 days after meeting me, had invited me to come and live with them, so they could disciple me.

Since then, I’ve also lived and worked in a different country, and in Texas (which is also, basically a different country). God has given me a pattern of living in a city for about 1.5 to 2 years, before sending me somewhere else.

In October 2018, I was feeling like my time in Texas was coming to an end, but had no idea where I was going next. I was praying one morning, and God led me to Isaiah 30:21- “And your ears shall hear a word behind you, saying ‘This is the way, walk in it’ whether you turn to the right or to the left.”
When I read that verse, I knew that God was telling me that I needed to be moving towards something, and that He would guide me from behind. I started praying over that verse, and almost immediately started seeing visions of Philadelphia. I thought “Yeah, right. God is not sending me to Philly!”
Five months later, I was all moved in to a house in Philly.

WHAT IS THE HARDEST THING ABOUT BEING IN YOUR HARVEST PLACE?


Currently, the hardest thing is that I don’t really know many people in Philadelphia. So in order to share the gospel often, I have to share with strangers, which stretches me. I don’t even like talking to strangers! I’m the girl who doesn’t answer the phone unless I know the number, and doesn’t answer the door unless I’m expecting someone.
Ugh! Talking to strangers is the worst! (But apparently that’s not a valid excuse to Jesus.)
Another hard thing is that Philadelphia is a very dark city. Since living here, we’ve seen demonic manifestations; been in neighborhoods where everyone on the block is so strung out, they look like actual zombies; my roommate and I can’t leave our house without getting catcalled, etc. We take it as encouragement, though, because it’s pretty obvious that Satan doesn’t want us in the city…so obviously we’re staying.

WHAT HAS ENCOURAGED YOU THE MOST ABOUT YOUR WORK (IN THE HARVEST)?

When I first heard about sharing the gospel my thoughts were “Isn’t that going to be awkward?” and “Oh man, people are not going to like me.”
Spoiler alert: It can be awkward. But, in my experience, even if people are completely closed off to Jesus, they’re really thankful to hear the story of how He changed my life, and they’re especially thankful that I asked for their response to the gospel.
It’s also surprised me how encouraging it is to share the gospel. Even if I’m only meeting people who are closed off to Jesus, I never come away from sharing the gospel feeling discouraged.

WHAT HAS SURPRISED YOU THE MOST ABOUT BRINGING JESUS TO PEOPLE IN EVERYDAY PLACES?

The most encouraging thing has been seeing God move in people, change their lives, and give them His vision for all people (see Matthew 28:18-20). Recently, my roommate and I took a trip to a different country and met people who, 6 months before, had never heard the gospel and believed very untrue things about Jesus.

Then, someone shared the gospel with them, and many of them had been baptized and were really hungry to learn more about Jesus. When we got there, we were able to give them simple and reproducible tools to help them share with their families and friends. It was the parable of the mustard seed (Matthew 13:31-32) in action!

The work of the New Testament is very much alive today!

DO YOU DO CHURCH IN THE HARVEST? HOW DOES THAT LOOK DIFFERENT/THE SAME AS WHAT WE TRADITIONALLY SEE AS CHURCH TODAY?


Yes! We’re all about doing church in the harvest! We have a church of about 7 people, and we use the 3/3rds process1So everyone participates, and we have different people lead different parts. We do that so that everyone in the church gets equipped (and feels confident) to lead their own church. We do a new lesson, and set goals, and hold each other accountable for our goals each week.
Our church also gets together at a separate time each week to go out and share the gospel together. It’s always a challenging and encouraging time. But mostly encouraging 🙂

The Best Person to Share the Gospel With Today